Why Rush To Join Europe? 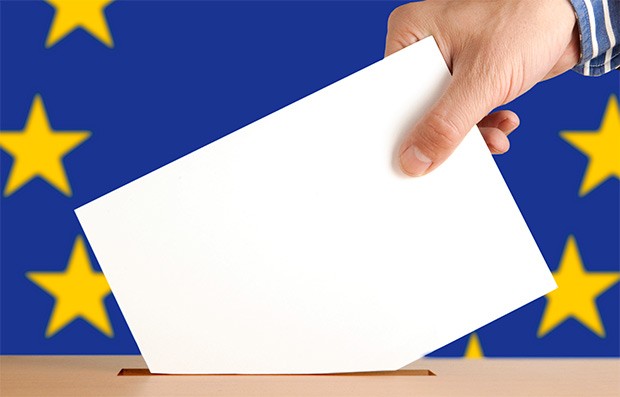 Why Rush To Join Europe?

On June 27 the EU signed an Association Agreement with three post-Soviet states: Ukraine, Moldova, and Georgia. Traditionally, the EU uses Association Agreements to strengthen economic ties with countries outside the Union. The EU simplifies trade and harmonizes certain standards, including technical and legal ones, by creating a more favorable environment for economic cooperation. But in the cases of Ukraine, Moldova, and Georgia, the Agreement has obvious political significance.

Certainly, one of the concerned parties in Russia has not participated in the process, though it has followed it closely. WEJ talked to one European and three Russian experts to find out exactly how they view the Association Agreements.

We asked each of the experts the following three questions:
1. What is your overall assessment of the signing of the Association Agreements between the EU and Ukraine, Moldova, and Georgia?
2. In your opinion, which of the countries will most benefit or suffer from an association with the EU?
3. Will the signing of an Association Agreement with the EU lead to Ukraine, Moldova, and Georgia joining the EU?

1. I can calmly predict that the economic situation will worsen in these countries. I consider the signed Agreement to be a political document and not something more than that, which would be needed to break the economic ties of these countries to Russia and to join them to the Western economic bloc, but in the role of satellites.
2. No one wins, and all three losses. In this situation, there can be no payoff for any party. This is an economic agreement, but from the standpoint of the economy, the breakaway of these countries from the CIS and the Eurasian Economic project will cause a noose to tighten around the neck of those states.
3. It will not lead to this result directly. The soonest that it could occur would be in 10 years.  None of the EU countries is prepared for this, nor are the states that signed the Agreement, for that matter. Currently, it is questionable whether Ukraine will remain a state as currently constituted. It is struggling to preserve its territorial integrity, and its system of government is in complete chaos. Moldova might permanently lose not only Transnistria but also Gagauzia if it were to join the EU. And there’s no point in talking about Georgia, given its geographical position.  So this agreement, in terms of the accession of these countries to the EU, is a political piece of paper, nothing more.

1. It is quite natural, in and of itself, for Ukraine, Moldova, and Georgia to seek membership in the EU, and the Association Agreement is an important step in this direction. However, the perception of this policy by the Russian authorities, which belief in a geopolitical division of spheres of influence, will in fact work to break apart these states. This process will turn out to be the least painful where the separation of “pro-Russian regions” has actually already happened (Georgia), and it will be the most painful where it has not yet occurred (Ukraine).
2. The countries differ greatly from each other in their demographics, economic structure, and political circumstances. This makes it more difficult to isolate the effect of the Agreements from the general picture and to compare this effect. In addition, it is generally difficult to win or lose on the basis of these Agreements in and of themselves. They create opportunities that must be taken advantage of, but they can be missed. It will be difficult for all three countries to find a place for themselves in the EU markets. Nevertheless, opportunities exist for all three countries to do so. A number of elements of the Agreements will make a difference in improving the quality standards of production. At the same time, they will present a challenge to manufacturers who use old technology.
3. It is unlikely that we will see any of these countries join the EU at any time sooner than in 15-20 years. But in order to achieve this result, work should begin in about ten years. Such work has independent value since it stimulates the modernization of the candidate countries. In addition, we should remember that the European Union itself is changing. Membership is now just a step along a long path that does not automatically include participation in the Schengen Agreement and the Eurozone. In the future, such multi-step processes may become even more complicated.

See also  The Abduction of Europe

1. The signed Association Agreement between the EU and Ukraine, Moldova, and Georgia is an agreement of intent, nothing more. It imposes only minimal obligations on its signatories, but it has a major symbolic impact. It is true that this impact is mostly directed against Russia, which does not participate in this process.

2. Moldova benefits from the signing of the Association Agreement with the EU. It provides the former with a serious internal incentive to deal with the Transnistrian problem by agreeing finally to the legal division of the country into two parts. Ukraine is the biggest loser. And the country lost long before the agreement was signed. The evidence of this loss can now be seen in Donetsk.

3. The signing of the Association Agreement is in no way associated with the possibility of future accession to the EU. In such a vast country as Ukraine, the only chance to join the EU is through membership in NATO and the reform of its industry to meet the needs of the EU. For Moldova, membership is only possible through creating a confederation with Romania, to which, however, the Chișinău ruling elites are unlikely to agree. As for Georgia, the only chance that it had to become part of NATO, let alone the EU, within the next 10-15 years was lost after the U.S. and Britain began to normalize relations with Iran.  It might get another chance through the creation of a union similar to the Visegrád Four, with all the countries asking to be accepted into the EU “en masse,” and lobbying together on behalf of the project. But the experience of the GUAM Organization for Democracy and Economic Development has shown that these nations are in no position to reach an agreement.

1. Despite many domestic and external obstacles Georgia, Moldova, and Ukraine have signed the AA. The EU deserves merit for compressing significantly the time necessary for the technical preparations of documents for signature. An important stage of negotiations has closed and after ratification procedures which will activate the provisional application of the agreement, all three states will step in to a more challenging phase, namely implementation of the AA.
2. Costs linked to the restructuring of industries (especially in Ukraine) and enhancing standards of products are inevitable in the short and medium run. The EU could do more to help out countries in this field. But ultimately it is the one who will do the homework, who will profit most. The AA provides only a framework for conducting reforms, but the ultimate responsibility for these rests on governments. The experience of EU members from Central Europe and the Baltic states is relevant in this sense.
3. Georgia, Moldova, and Ukraine are European countries, and therefore, according to Art. 49 of the Lisbon Treaty, have the right to apply for membership in the EU. Moreover, EU officials underscored that the AA is not the last stage in bilateral relations with these countries. It is a way to say that membership is not ruled out. Whether the AA will pave the way to EU membership will depend mainly on two factors: the pace and results of domestic reforms in Georgia, Moldova, and Ukraine, as well as the EU’s internal consolidation and resumption of robust economic growth.

New Development Bank: a case of joy or of concern