By World Organization for Development On Dec 8, 2021

Droughts in Somalia cause hunger to soar and malnutrition rates to rise.

Fast and flexible, the Central Emergency Response Fund (CERF) was set up to promote swift, coordinated action in humanitarian crises, the UN Emergency Relief Coordinator told a High-level Pledging Event on Wednesday, adding: “It has more than fulfilled its mission”.

It also offered an opportunity for the humanitarian community to increase funding towards the $1 billion annual target, said Humanitarian Affairs chief Martin Griffiths, speaking on behalf of the Secretary-General.

Thank you @UNCERF for 15 years of funding the first line of response for people caught up in crises around the 🌍, and for being the most reliable and effective funding source in the humanitarian sector. To save lives, we need donor countries to continue to support CERF. pic.twitter.com/G5FKmCg8pU

“I know from personal experience that it is one of the most effective ways to get help to people in crises”, he attested.

Mr. Griffiths said the rapid response capability meant “humanitarian organizations can swing into action as soon as emergencies strike. The Fund is principled, impartial, independent, and “the help it provides is driven by need alone”, he added.

CERF supports neglected crises when others do not, he said, listening to women, people with disabilities and other vulnerable groups, “and it prioritizes their needs”.

“Last year, more than half of the recipients of CERF funding were women and girls”, the relief chief said. “CERF is also the biggest direct donor to humanitarian programmes that respond to gender-based violence”.

He described CERF as “a proven success story”, because it is “constantly evolving, applying lessons learned and embracing innovation” in response to ever-more complex, intertwined global risks.

Under the concept of anticipatory action, it makes financing available before threats turn into full-blown emergencies – assisting faster, cheaper and more humanely as it is informed by state-of-the-art data and analytics.

Pointing to forecasts of a drought in Somalia, he said, “CERF funding ensured that families could feed their children without having to sell off precious assets to survive”.

And similar pilots are currently underway in eleven other countries.

This year has been one of the most difficult on record for humanitarian need, Mr. Griffiths said, “but CERF has stepped up to the challenge”.

Last year it helped close to 69 million people – twice as many as the year before – many of whom were reeling from the coronavirus pandemic.

The Fund released its first multi-country grants and introduced a non-Governmental organization allocation to support front line responders, he said.

And when violence escalated in northern Ethiopia, CERF released several allocations to help save lives. 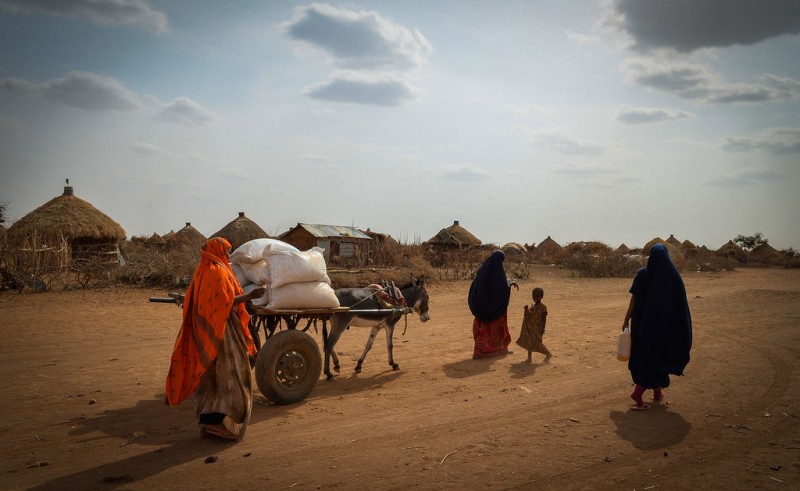 The UN is providing $20 million in CERF to mitigate the loss of livelihoods and declines in food consumption after erratic rainfall in parts of Ethiopia depleted water supplies.

During Afghanistan’s upheaval in August, it released funding to enable UN agencies to scale up emergency responses and keep basic services running; and in Burkina Faso, the Democratic Republic of the Congo, Nigeria, South Sudan and Yemen it allocated food assistance capital to combat famine, for millions of people.

“And CERF offered help, hope, and solidarity to those caught up in neglected crises, such as Venezuela, Cameroon and Chad”, the UN emergency coordinator added.

The UN official lauded the generosity of its 130 donors as being “part of CERF’s success story”, noting that the Fund had released $7.5 billion, saving lives and protecting people in more than 100 countries.

He said today’s humanitarian needs are “seven times what they were when CERF was created 15 years ago”, citing worsening and more numerous prolonged conflicts, climate change that is “pushing communities to the brink of survival” and the raging battle against COVID-19.

“The scale of today’s crises demands a strong CERF with the resources it needs to rise to the challenge of responding swiftly at the onset of an emergency.”

In 2016, Member States called for a doubling of Fund, to reach $1 billion.

However, despite donors’ generosity, the goal was not even close to being reached this year, he said, appealing to countries to allocate a small percentage of their humanitarian funding through CERF each year.

“CERF is a spark of hope in a difficult, shadowed world. Let us light that spark for the sake of our shared humanity”, concluded Mr. Griffiths.

Clashes displace thousands in Darfur, where 6.2 million will need assistance next year

WHO: Omicron could have ‘major impact’, but no definitive answers yet