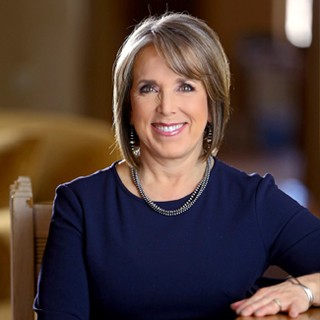 SANTA FE – Gov. Michelle Lujan Grisham on Thursday announced that direct spending into New Mexico’s economy by the film, television, and digital media production industry reached a new record of $855.4 million in fiscal year 2022, an increase of 36% over fiscal year 2021.

Following Gov. Lujan Grisham’s support and investment, New Mexico’s film and television industry has continued to grow by leaps and bounds: industry spending more than doubled from $292 million in FY20 to $626.5 million in FY21. Additionally, as a direct result of legislation spearheaded by the governor in 2019 that provides an additional 5% tax credit for productions outside the Albuquerque/Santa Fe corridor, New Mexico’s rural communities saw a whopping 660% increase in direct spending from the film and television industry, increasing from $6.5 million in FY21 to nearly $50 million in FY22.

The most recent data also shows a record number of industry worker hours in New Mexico, a 22% increase from FY21; a new high for total productions filmed in the state (55 film and 54 television); and the most money ever spent by film and television producers working in rural communities.

“Another record year for film and television industry spending makes it as clear as ever that New Mexico is the place to be for film and TV,” said Gov. Lujan Grisham. “Due to the work we’ve done to foster a successful environment for production and build a thriving base of talented local crews, film and television productions from around the world are putting money directly into New Mexico communities, supporting our small businesses and creating jobs for thousands of New Mexicans.”

Senate Bill 2, championed and enacted by Gov. Lujan Grisham in 2019, also incentivized production companies to collaborate with the state through long-term partnership agreements, capital investment, workforce development, and job training.  Since the measure’s enactment, Netflix announced a major expansion in the state with a commitment to spend another $1 billion over 10 years, doubling the company’s original commitment to the state. NBCUniversal also opened a production facility in Albuquerque with a commitment to $500 million in direct production spend over the next 10 years and 330 full-time-equivalent jobs.

Both Albuquerque and Santa Fe have been consistently named by MovieMaker as top cities for film professionals to live and work and New Mexico was named a film production Hot Spot by Deadline magazine in 2020.

“With the success of “Breaking Bad,” “Better Call Saul,” “Stranger Things,” “Dark Winds,” “Outer Range,” and many other shows and films, New Mexico has established itself as a place with one-of-a-kind locations, skilled crews, and film-friendly small businesses that can propel stories to the highest level,” Amber Dodson, director of the New Mexico Film Office said. “The Film Office continues to tout New Mexico, not only as a diverse and forward-thinking state, but a place where memorable, award-winning productions can call home over many seasons.”

Closing gender pay gaps is more important than ever