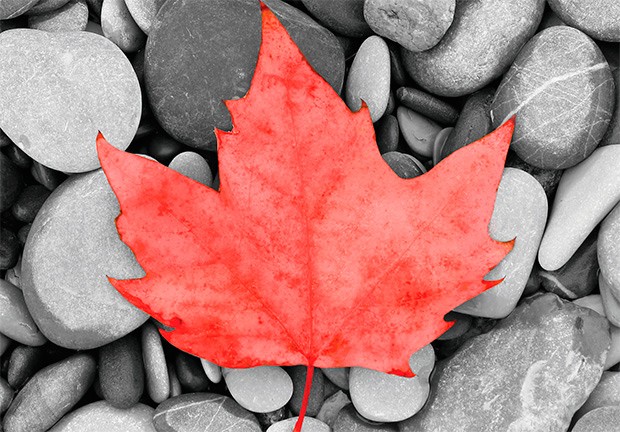 Ever since the shale gas revolution in the US that received its recognition in the second half of the 2000s, the majority of global energy experts have spoken of the gigantic changes to the market that the US will bring in the near future. Although the US LNG has not yet changed the face of the global energy supply chains, it has all the potential to redraw the energy maps after 2017-2018 when the mass exports of liquefied gas would begin. But in the midst of the US energy breakthrough, small attention is given to what we believe might be yet another “game-changer”.

Canada has 3rd greatest proven oil reserves, accounting for almost 10% of the entire global oil stock. But at the same time, Canada is the only 10th global oil exporter, with 97% of its exports going over the border to the US. These proportions are definitely calling for reconfiguration in the matter of sizeable expansion towards new markets for exports. Indeed there are 6 separate pipeline projects in Canada today and if all realized they would roughly carry 3.2 million barrels per day allowing Canada to drastically alter its export capabilities and subsequently change the supply structure of the global energy market.

Basically, the existence of pipelines predetermines the volume of oil that Canada would be able to export to Europe and Asia. With several projects already approved and ready to launch around 2018 and a few more coming up next, it seems today that by the end of the decade, not only the US will shock the energy market with its LNG exports, but Canadian oil as well.
In order to clarify the revolutionary potential of Canada’s oil, the challenges, and opportunities, World Economic Journal has spoken with Mr. Greg Stringham, vice-president of the Canadian Association of Petroleum Producers.

There are six separate pipeline projects in Canada today. What are the possibilities for those projects to be actually realized?
In Canada, inter-provincial pipeline projects are reviewed and assessed by the federal National Energy Board through a detailed, comprehensive process. The NEB makes recommendations to the federal government, which reviews the reports and ultimately makes the final decision to approve or deny the project.

Several projects are at various stages in the regulatory process and others are being considered. They include pipelines to the east and west of Canada and south to the United States. While there is some flexibility in the timing of any single pipeline, all of these pipelines will be required over time to move Canadian oil to markets.

As Canadian crude oil producers and growing suppliers of crude oil, we believe the pipeline projects will be approved on their merits – security and reliability of supply, positive economic impact, creating thousands of jobs, and world-class Canadian environmental and safety standards already in place.

But would it actually lead to overseas exports? If yes – then when, where, and approximately how much?
The answer is, yes to exports, with volumes increasing steadily over at least the next 20 years, primarily to rapidly growing markets in Asia, particularly China and India. There is also growing interested from Europe and India for Canadian energy. At present, Canada exports more than half of the oil it produces, virtually all of it to U.S. markets, but with about 50,000 barrels per day reaching west coast tidewater plus all of Atlantic Canada’s 230,000 production accessible to east coast tankers.

Several pipeline projects are under review to increase access to tidewater, which would allow increased oil exports to global markets. Three of the major pipeline projects currently in the approval process are targeted fully or partially to off-shore exports. The combined capacity of these projects is 2.2 million barrels per day, with planned in-service dates in 2018.

Global demand for oil continues to increase and Canada’s large reserves (the third largest on the planet) make it an attractive supply source for global markets. Connecting Canadian supplies to these markets, safely and competitively, remains a key priority for our industry.

In your opinion, how should Canada approach its export opportunities in order to expand its influence internationally?
Canada is an important and respected part of the world’s economy and a global natural resource powerhouse. We need to expand access to global oil and gas markets to strengthen and build Canada’s position as a safe, secure, and reliable global energy provider.

Potential customers – and Canadians expect the oil and gas industry and governments to ensure environmental risks are mitigated to the extent reasonably possible while realizing jobs and economic growth. We agree and are committed to doing so.

To compete effectively in global markets, we must remain competitive, we must maintain the social license, and we must align within Canada to provide more ways to transport more oil and gas to more markets.

Kenya’s Kuruwitu corals are back, thanks to local conservation drive