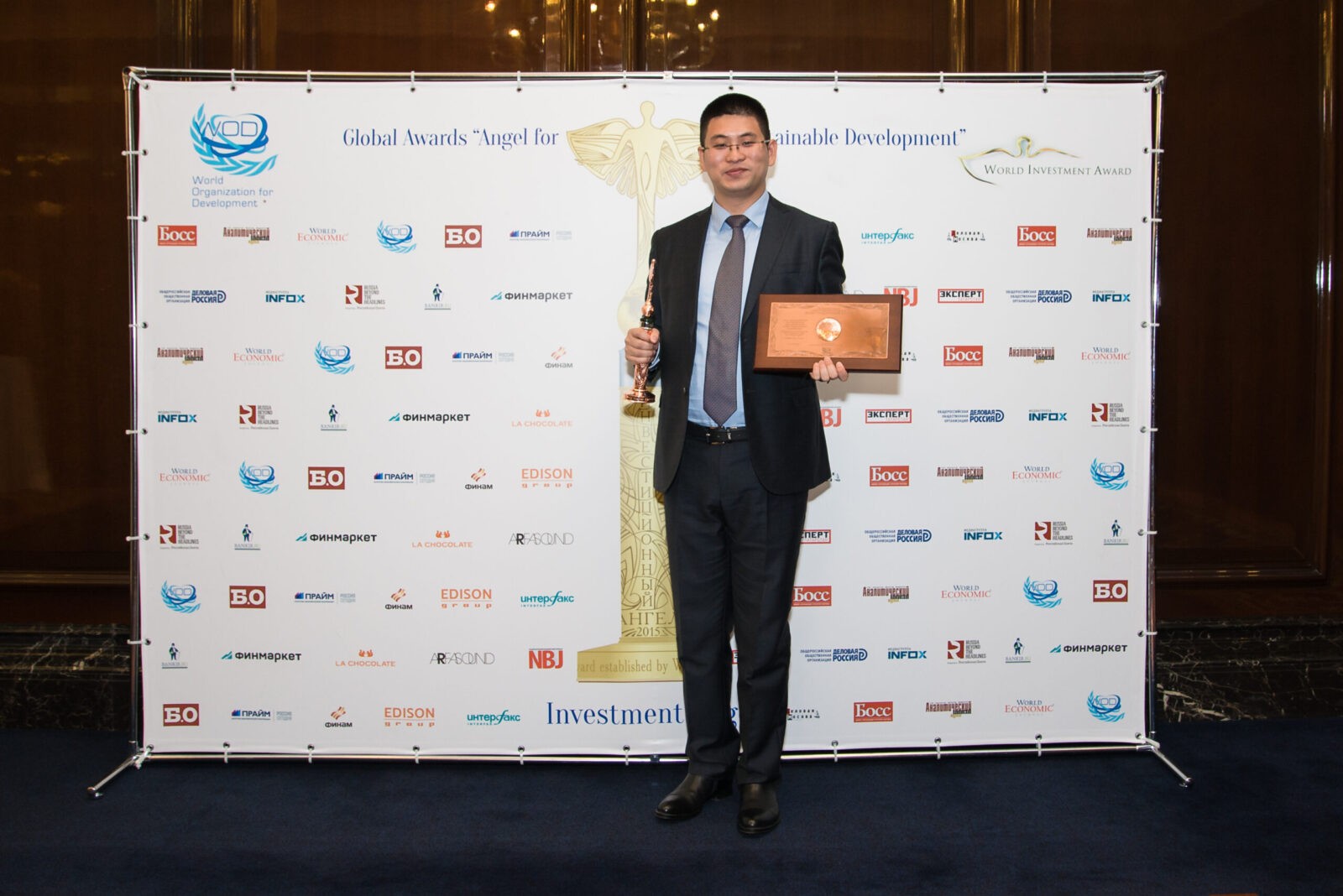 On November 30, in Moscow, at the Ritz Carlton Hotel, the World Investment Award “Investment Angel” was held, organized by the World Organization for Sustainable Development Association. The award was established in 2010 and is a significant international professional Award.

Having considered the applications of the participants, the Association chose as a laureate in the nomination “Investor of the Year in Russia” a foreign investor – CJSC “Shanghai Foreign United Investment Company” (representative in the Russian Federation – CJSC “Baltic Pearl”).

The competition jury highly appreciated the company’s competence, professionalism and real achievements of JSC “Shanghai Overseas United Company” in the field of investment in the Russian construction sector in the context of the global crisis.

Mr Liu Yan, director of the design and architecture department of CJSC Baltic Pearl, attended the solemn ceremony of awarding the winners of the award.

The Baltiyskaya Zhemchuzhina is part of the Shanghai Foreign United Investment Company CJSC and represents an international holding in the field of development in the real estate market of St. Petersburg.