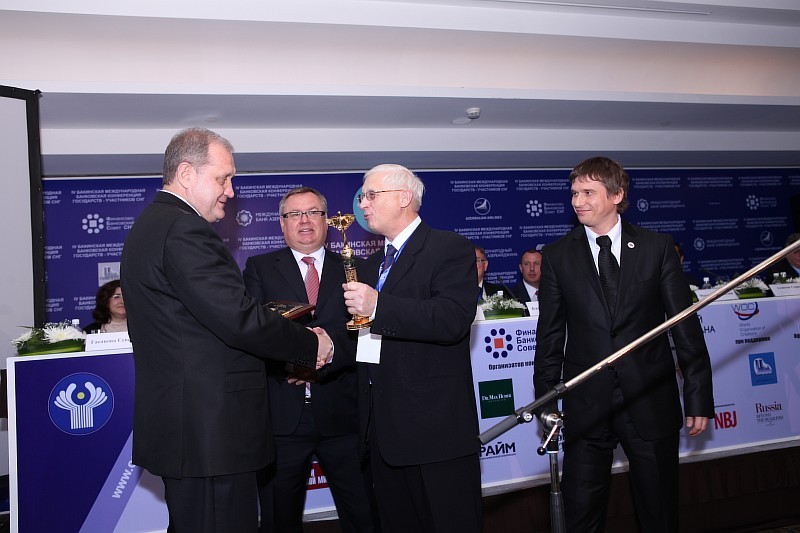 The head of the Crimean government, Anatoly Mogilev, was awarded the World Investment Award “Investment Angel” in Baku.

The Chairman of the Council of Ministers participates in the banking conference of the CIS member states “Financial Markets of the CIS: Ways of Sustainable Development in the Conditions of Global Instability”, which is taking place in the capital of Azerbaijan.

According to the information policy department of the Council of Ministers, within the framework of the conference, Mogilev was awarded the International Investment Award “Investment Angel” in the nomination “The most dynamically developing subject of the CIS”.

The award was established by the International Organization of Creditors and is designed to stimulate the development of various sectors of the economy, help increase the investment attractiveness of Russia and the CIS countries, as well as stimulate the investment activity of investors and the projects they invest in.

“The award is awarded for professionalism, competence and achievements in the field of investing in the development, production and sale of competitive and high-quality products and services,” the Council of Ministers said in a statement.

It should be noted that at a recent meeting of the Council of Ministers, Mogilev criticized the activities of the Ministry of Economy to attract investment. Thus, according to him, out of $336.5 million of foreign investments, 90% of the funds were investments in the energy sector.

“The lion’s share, about 90%, is the construction of solar stations and wind farms. As a result, the amount that went to the real sector of the economy to create enterprises, industries, and develop something is minimal. This is a huge gap, over which it is necessary to point out that we did not do this … It is clear that large investments have come related to building the necessary and important energy sector. And the development of enterprises, production, the agro-industrial complex remained at zero, – Mogilev stated. – This is a huge minus, which worked this year in terms of attracting investment. We must have attracted investments in various areas of our activity.”

The prime minister’s criticism is confirmed by an analysis of the autonomy’s economic indicators, made by the Oleksandr Razumkov Ukrainian Center for Economic and Political Studies. The document, presented in Simferopol at the round table, notes that according to the autonomy development strategy for this year, the volume of attracted investments should have been three times more – about $950 million.

“The main investors out of 48 countries were Russia ($304.3 million), Cyprus ($247.7 million), Austria ($191.7 million), and the Virgin Islands ($75.7 million). The given data testify to some revival of investment activity in the Autonomous Republic of Crimea. But taking into account the geographical structure of the sources of investment, it can be assumed that most of them are domestic capital withdrawn to offshore zones,” the researchers believe.

According to them, as of October 1, 2011, 20 projects with foreign investments in the amount of $348.9 million and 25 projects with the funds of domestic investors ($204.4 million) were being implemented in the Autonomous Republic of Crimea. The rest of the 77 projects were not funded this year.

Mogilev was awarded the "Investment Angel" in Baku for the dynamic development of the Crimea
0 99,057
Share FacebookTwitterTelegramPinterestLinkedinVKGoogle+WhatsAppEmail

“Investment Angel” for the Karaganda region of the Republic of Kazakhstan