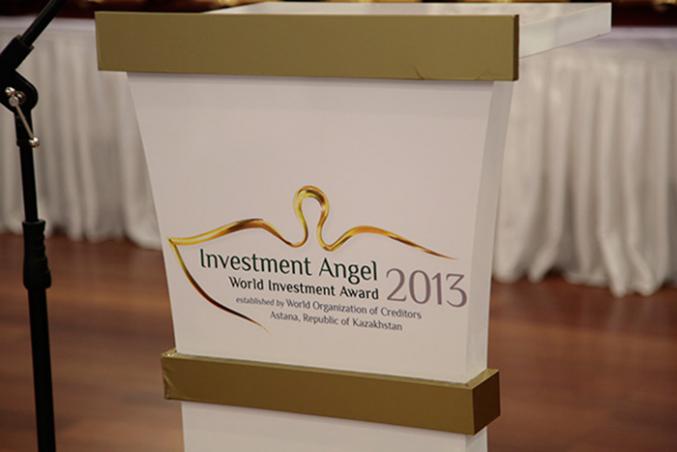 On May 24, the World Organization of Creditors held the ‘Investment Angel’ International Investment Award ceremony. The event was organized as part of the Astana Economic Forum VI.

The World Organization of Creditors used to make awards in different countries across the world. Today, the international economic community recognizes this Award. The award winners include the following: government heads, governmental body chiefs, and bright representatives of the business community in both developed and developing countries.

Since 2010, Robert Abdullin has served as the President of the World Organization of Creditors, having been elected by the Organizing Committee for this Award. According to Robert Gubernatorov, the ‘Investment Angel’ Award serves to stimulate the development of various economic fields, promote the CIS countries’ investment attractiveness, and stimulate investment activity among investors and the projects in which they have invested.

This year, the following enterprises were declared winners in the nomination category ‘Most Successful Project in Kazakhstan’: ‘Agrofos-Yug’ LLC, ‘Karagandinskiy Farmatsevticheskiy Complex LLC, the ‘Altyn Kyran Group of Companies, and the ‘Algabas Development’ Company.

The nomination category ‘Major Foreign and Domestic Investor in the Republic of Kazakhstan’ included the Lancaster Group, ‘Seven Rivers Capital’ OJSC, and ‘SAT and Company’ OJSC.

In the nomination category ‘For Significant Contribution to the Kazakh Economy’s Development’, there was the ‘Eurasian Economy Scientific Club’ Association.

An independent Expert Council selected the winners based on official statistical data provided by the respective ministries of the Republic of Kazakhstan.

See also  Moving away from coal ‘will not be easy’ but it is essential for our common future, UN deputy chief says
Investment Angel Award Winners Assigned at Astana Economic Forum VI
0 59,041
Share FacebookTwitterTelegramPinterestLinkedinVKGoogle+WhatsAppEmail

BRICS will extend its boundaries to become BRICSIK